Nothing more alien than a sky with too many celestial bodies. Nothing more sci-fi than cold satellites and far out blue. 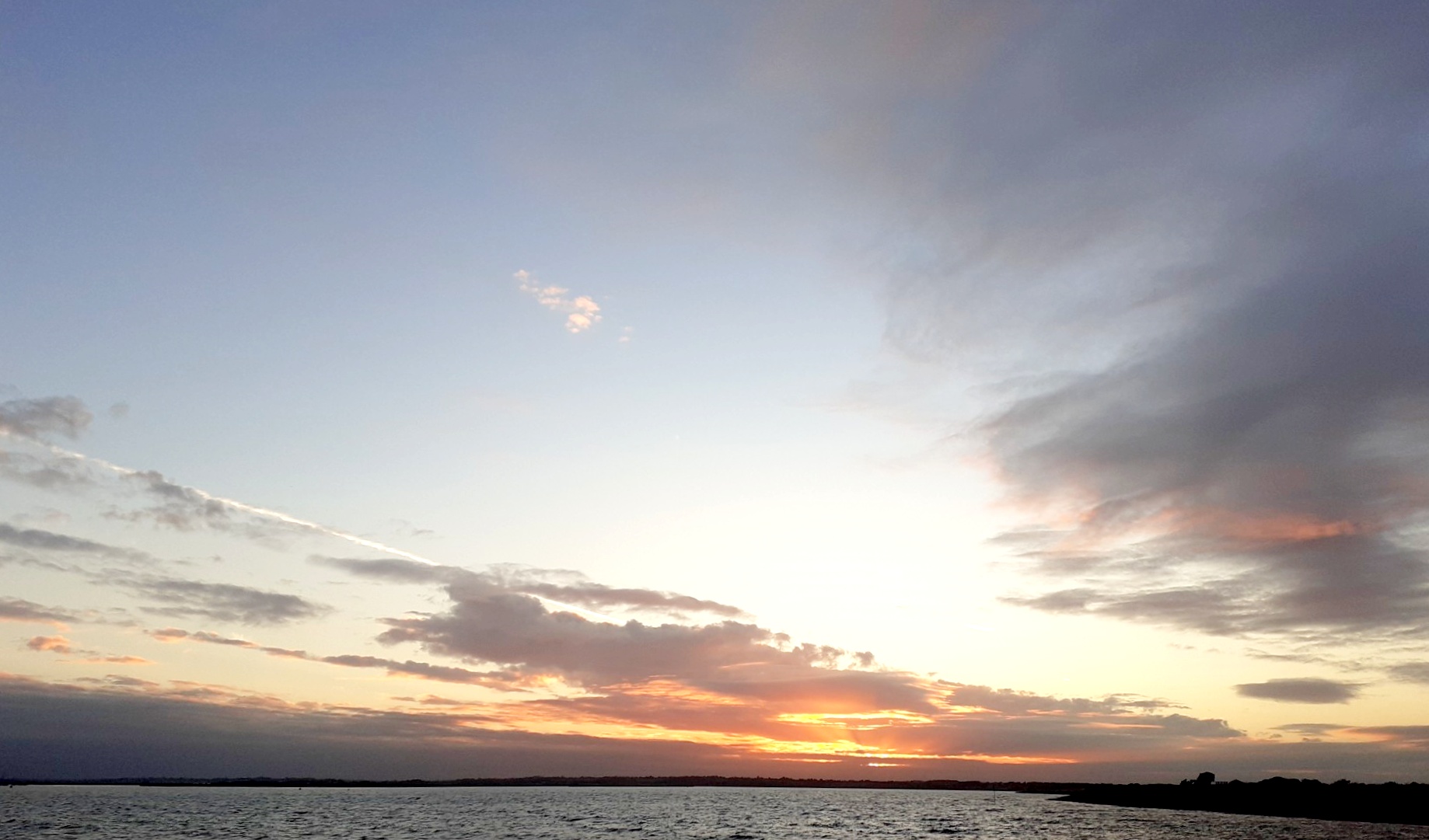 The pink wonder of the water at Brightlingsea, under-rated evening visions. The moving flats of waves beyond the salt marsh, all in their own sweet time. 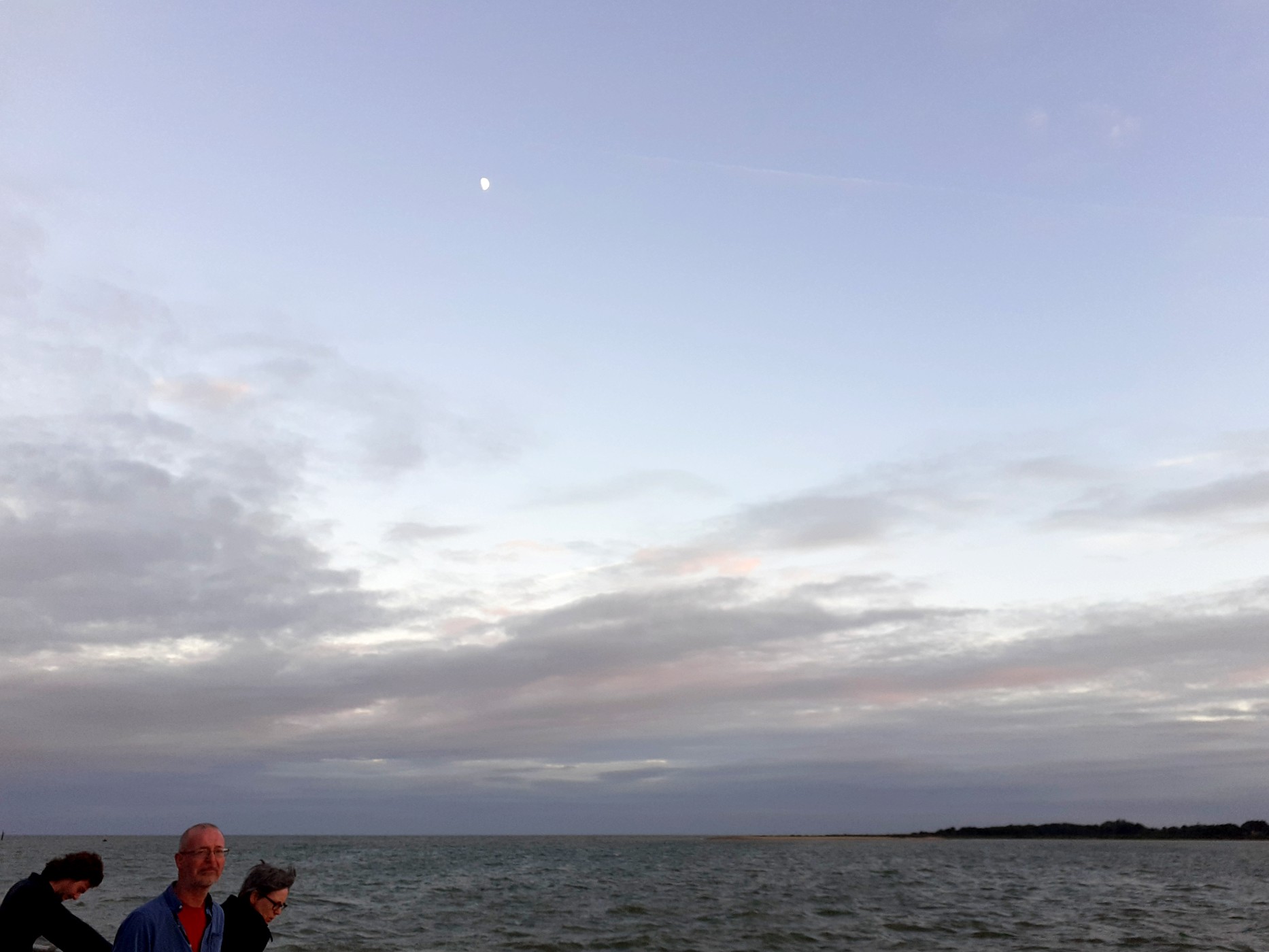 Whenever you catch photos marginally off grid it can appear as if the sky is curving away from its watchers. 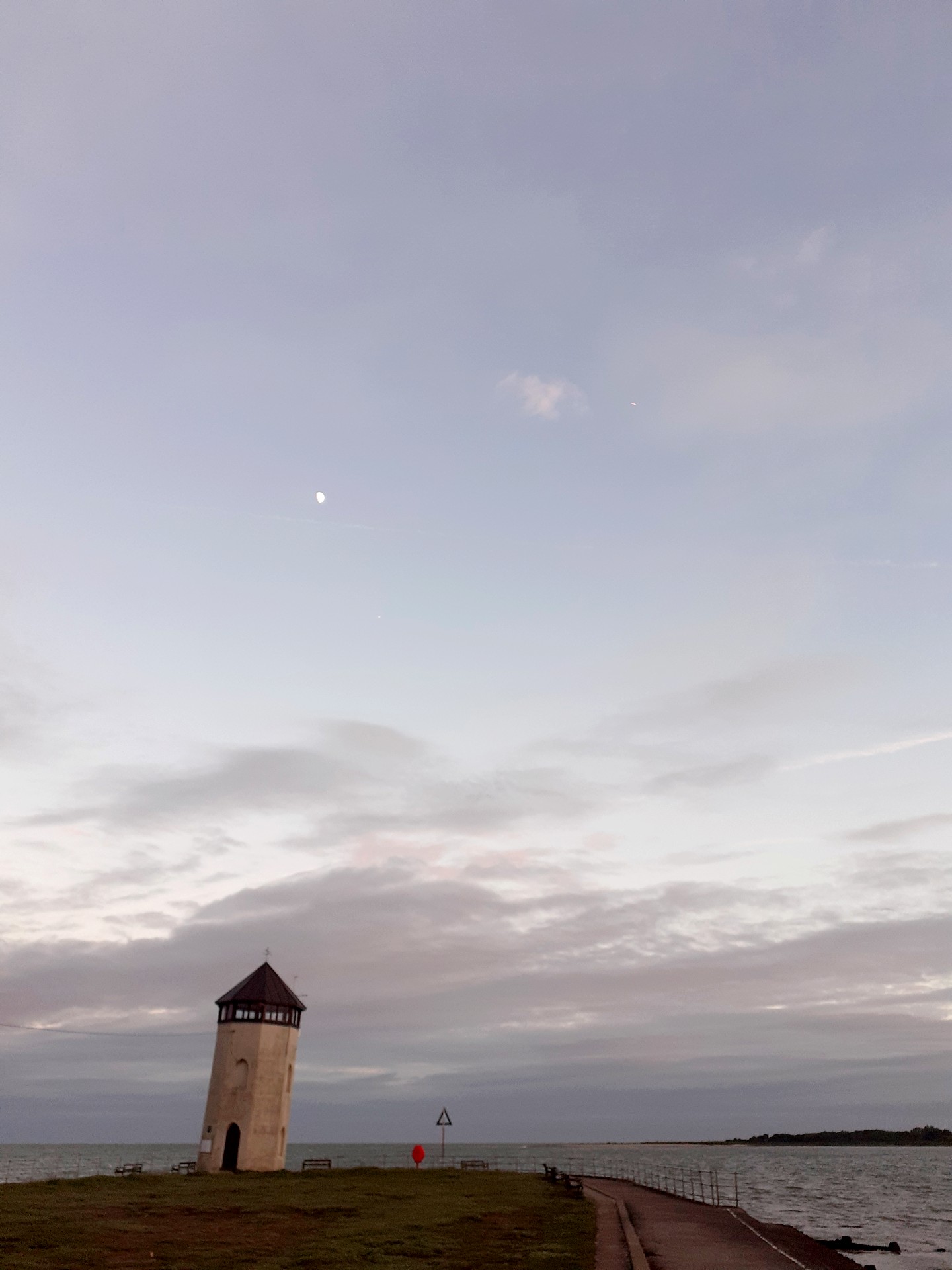 A lord had this tower built on the edge of the water so that his daughter might survive tuberculosis. Somehow she recovered, even in a barely windowed cell, hounded by the estuary and her inability to walk beneath the birds. 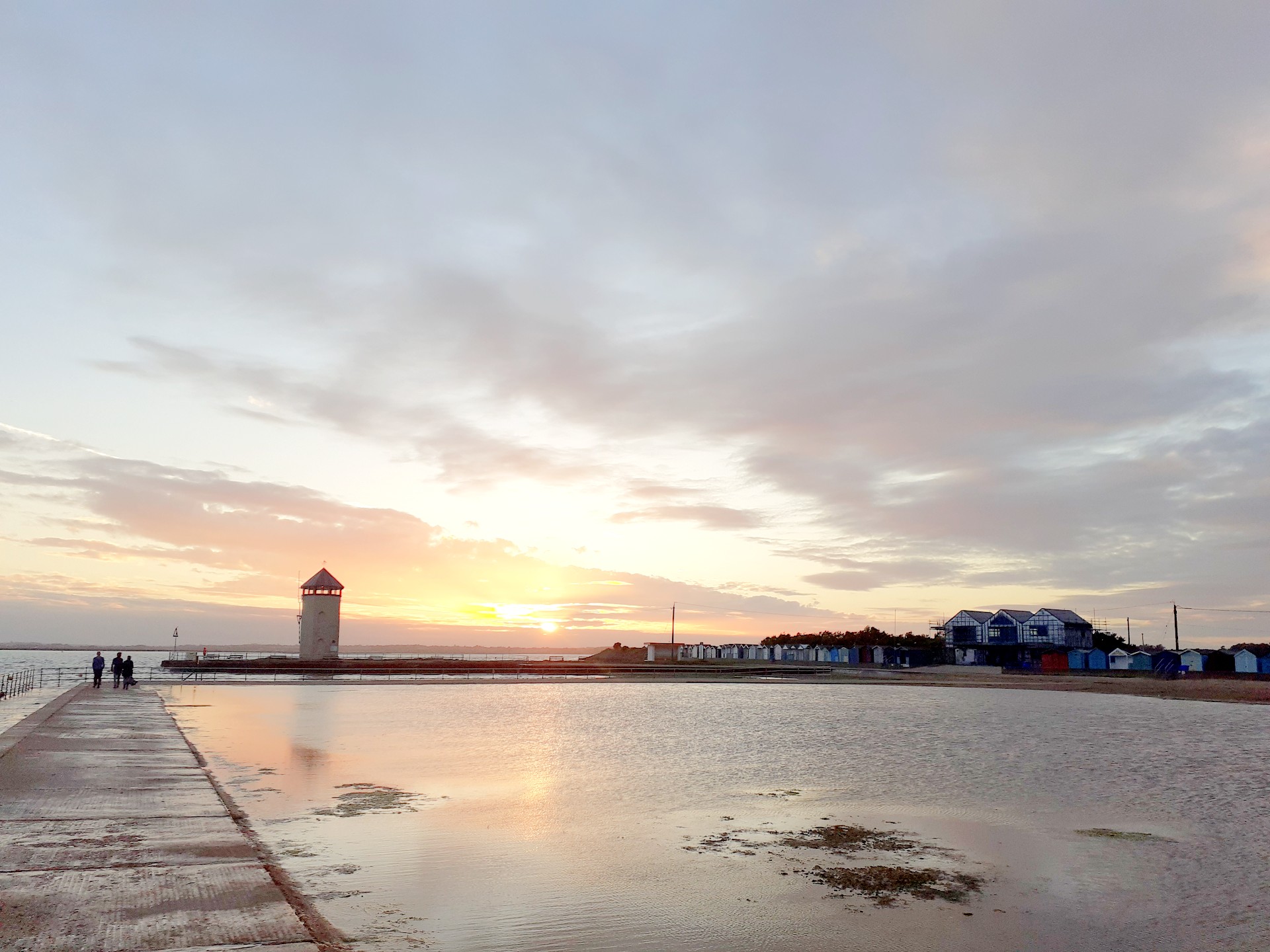 I think of Star Wars, geeks buried deep in darkened rooms, all the names of planets I can't recall, fictional and other.

I think of the tidal pool that's always there, kelpy, stagnant, ready to be paddled. 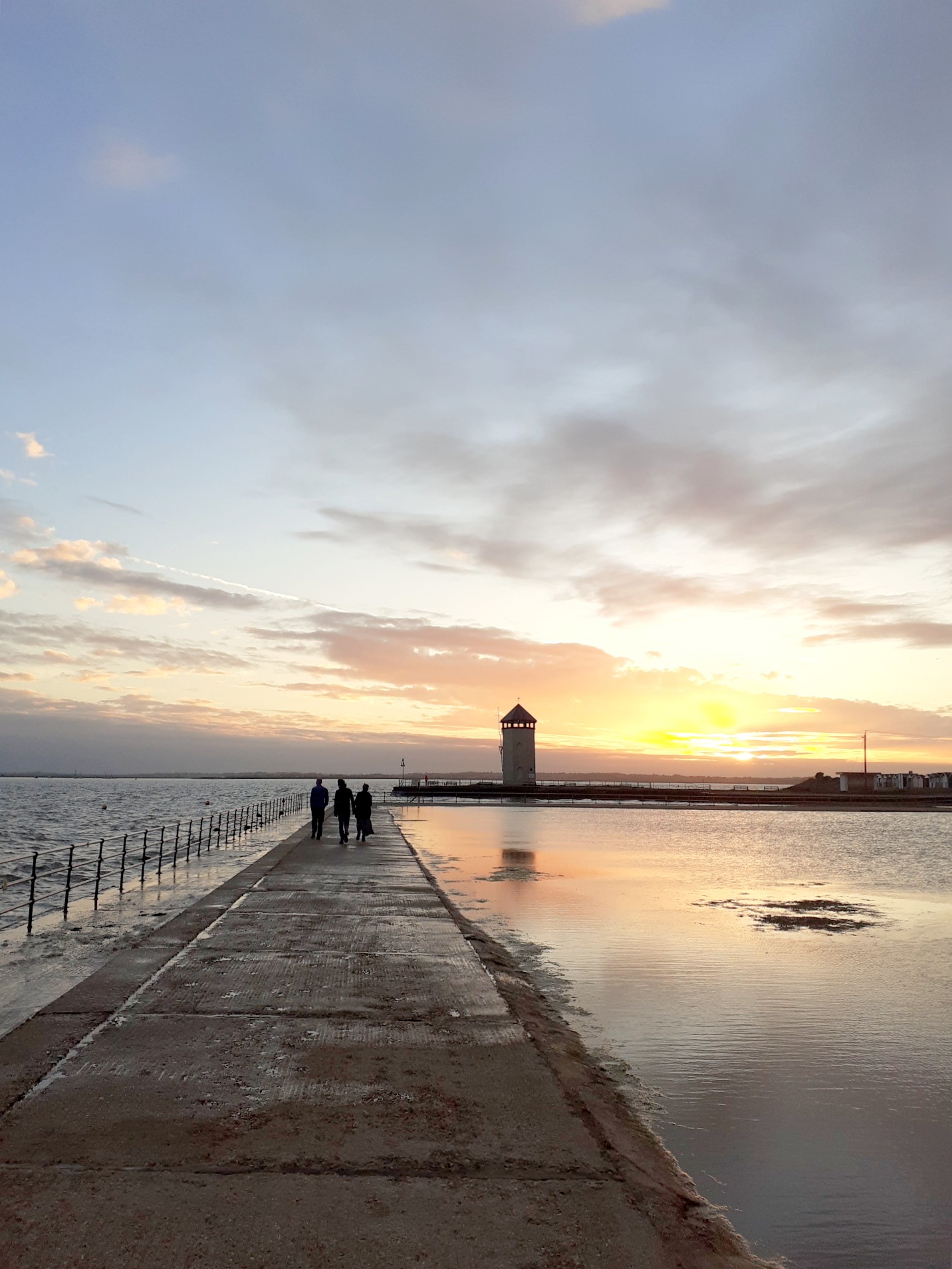 People have to turn the right way for it to work, or they have to look purposeful, their backs against the lens.